On Thursday, December 16, the Head of the Board of the Crimean Tatar Resource Center, Head of the Department of Legal and Foreign Affairs of the Mejlis of the Crimean Tatar people Eskender Bariiev made a speech in the Chamber of Representatives of the Italian Parliament on the situation in the occupied Crimea and human rights violations on the peninsula. During his speech, the expert spoke about the mechanisms for countering such illegal actions of the Russian Federation. 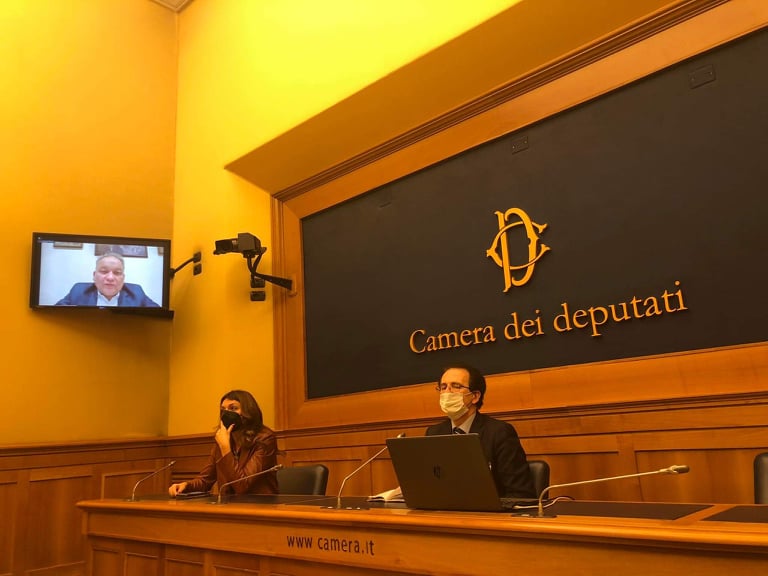 “Russia is a serial world occupier and poses a threat to all mankind. The occupation of Crimea and the Sea of Azov, their subsequent active militarization are proof of the growing threat from Russia not only in relation to Ukraine, but the countries of Europe and the Black Sea basin”,- Bariiev emphasized.

According to the CTRC, in just 11 months of 2021 Russia conducted 37 military exercises on the territory of the peninsula with the participation of more than 46,850 military personnel and more than 2,900 units of military and special equipment, including in the waters of the Azov and Black Seas. 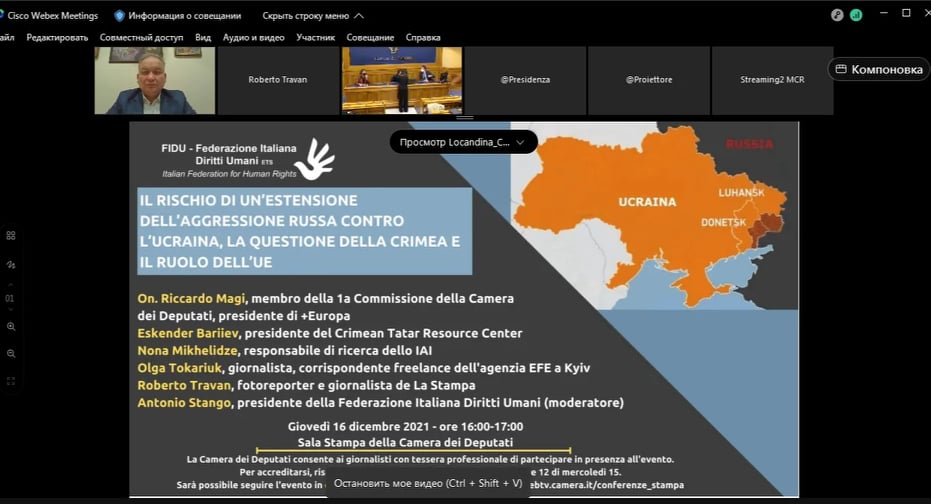 Bariiev also spoke about the repressions against the indigenous Crimean Tatar people. Indeed, as a result of the policy of genocide, the Crimean Tatar people have become a minority in their homeland. The expert also noted the latest trends in Crimea:

- conducting searches due to lack of information;

- detention of activists who come to support political prisoners at the so-called court sessions, including on ethnic grounds;

- the persecution of entire families, as well as the wives and mothers of political prisoners;

- strengthening of Russian legislation and its application in the persecution of Ukrainian citizens;

- the imposition of long terms for political prisoners of Crimea;

- Massive cases of non-provision of proper medical care and deterioration of the health status of political prisoners in Crimea in pre-trial detention centers and prisons, as well as cases of moral pressure and physical violence against detained activists and political prisoners. 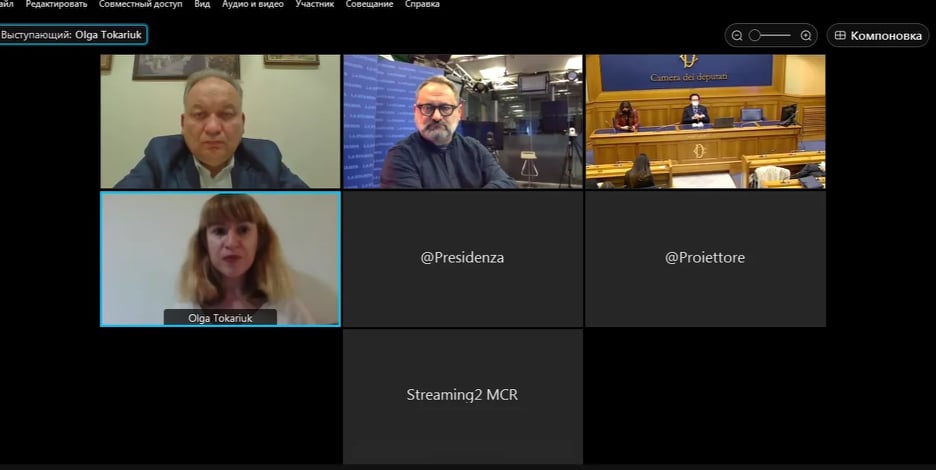 “The most important tool for containing the aggression of the Russian Federation and ongoing repression are sanctions, namely personal sanctions. Currently, the Crimean Tatar Resource Center has prepared a list of 166 people who directly violate human rights. The list of 50 people was sent to countries that have analogous laws to the Global Magnitsky Act and to the European Union. We very much hope that in the near future, Italy will also have a law analogous to the Magnitsky Act”,- Bariiev emphasized.

Also, for the MPs, a part of the exclusive documentary Give Me Back My Dad! in Italian was shown. 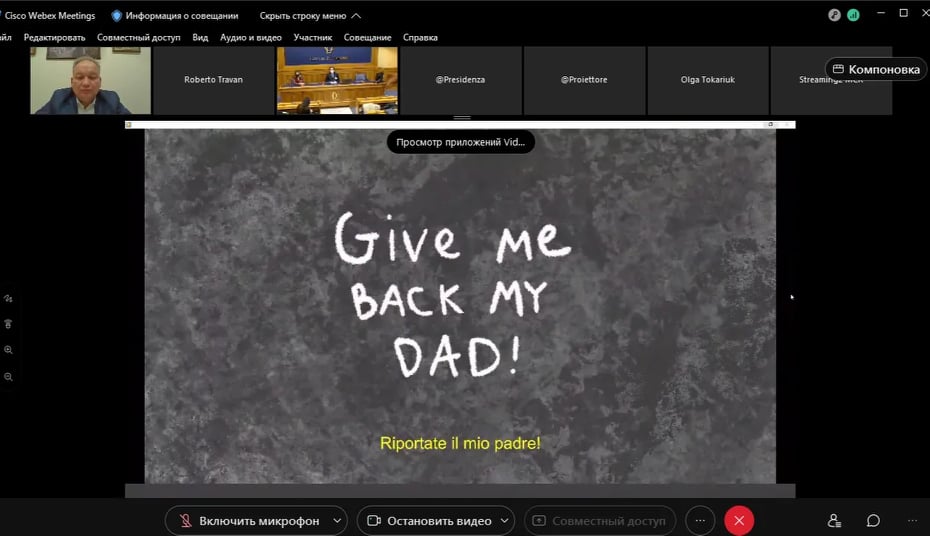 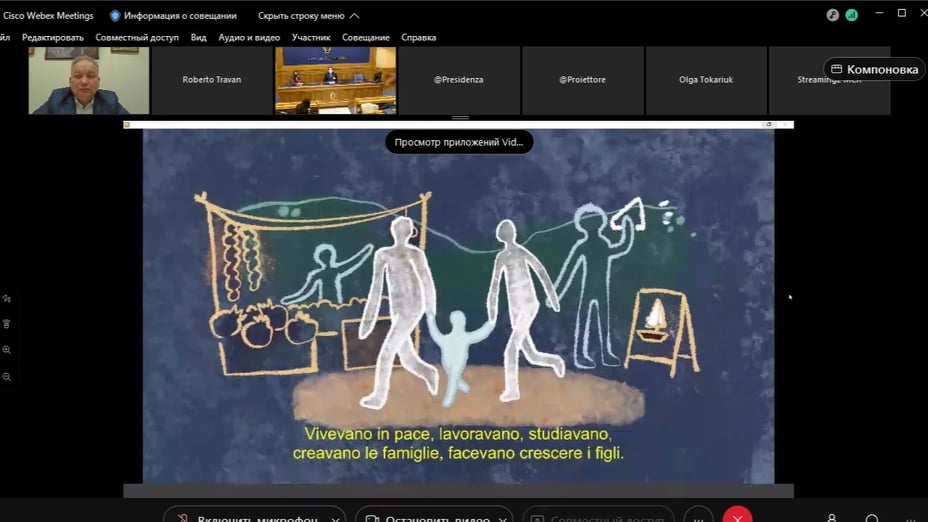 Crimea became the main base of Russian aggression against Ukraine - Bariiev

How to assess the degree of collaborationism of the inhabitants of the occupied Crimea?

From a dozen and a half elders of the Henichesk district, 5 went to cooperate with the occupiers - Bariiev

In diplomatic terms, this is very important - Bariiev about the meeting of the Security Council

We want to save Crimea for our future generations - Bariiev

CTRC is aware about 15 cases of torture against Crimeans - Bariiev

#LIBERATECRIMEA: Mockery of the Dead (issue 67)

#LIBERATECRIMEA: Who's the boss? Or how to demonstrate that Crimea is Ukraine (issue 66)

Will Ukraine be able to restore historical toponymy in Crimea?

Premiere of the documentary Give Me Back My Dad!: How It Was