On Wednesday, September 29, the managers of the Crimean Tatar Resource Center Zarema Bariieva and Tetiana Podvorniak took part in international conferences, during which they informed the public about the real situation of civic journalism in the occupied Crimea and about repressions against activists. 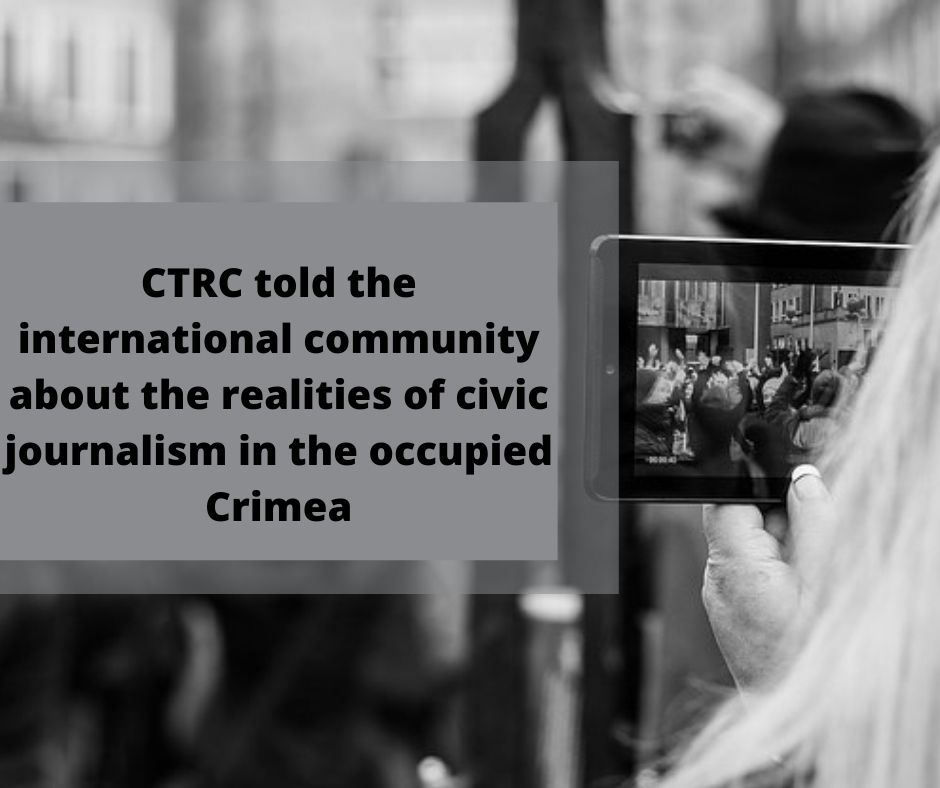 Manager Zarema Bariieva was invited to the conference "Suppression of freedom of speech in the Autonomous Republic of Crimea. Political prisoner of the Russian Federation Amet Suleimanov", organized on the initiative of the senator from the Liberal Democratic Party Roberto Rampi and the Italian Federation for the Defense of Human Rights.

“The occupation of Crimea in the spring of 2014 by Russia was not just a flagrant act of military aggression and a violation of international law, but also the suppression of freedom of speech by the media. Millions of dollars were spent on creating a parallel reality and information vacuum about the so-called Russian Crimea. The peninsula was turned into a territory of lawlessness with the lowest level of freedom of speech. In addition, the occupants systematically repress Crimean Tatar and Ukrainian activists, journalists and bloggers”,- Bariieva emphasized. 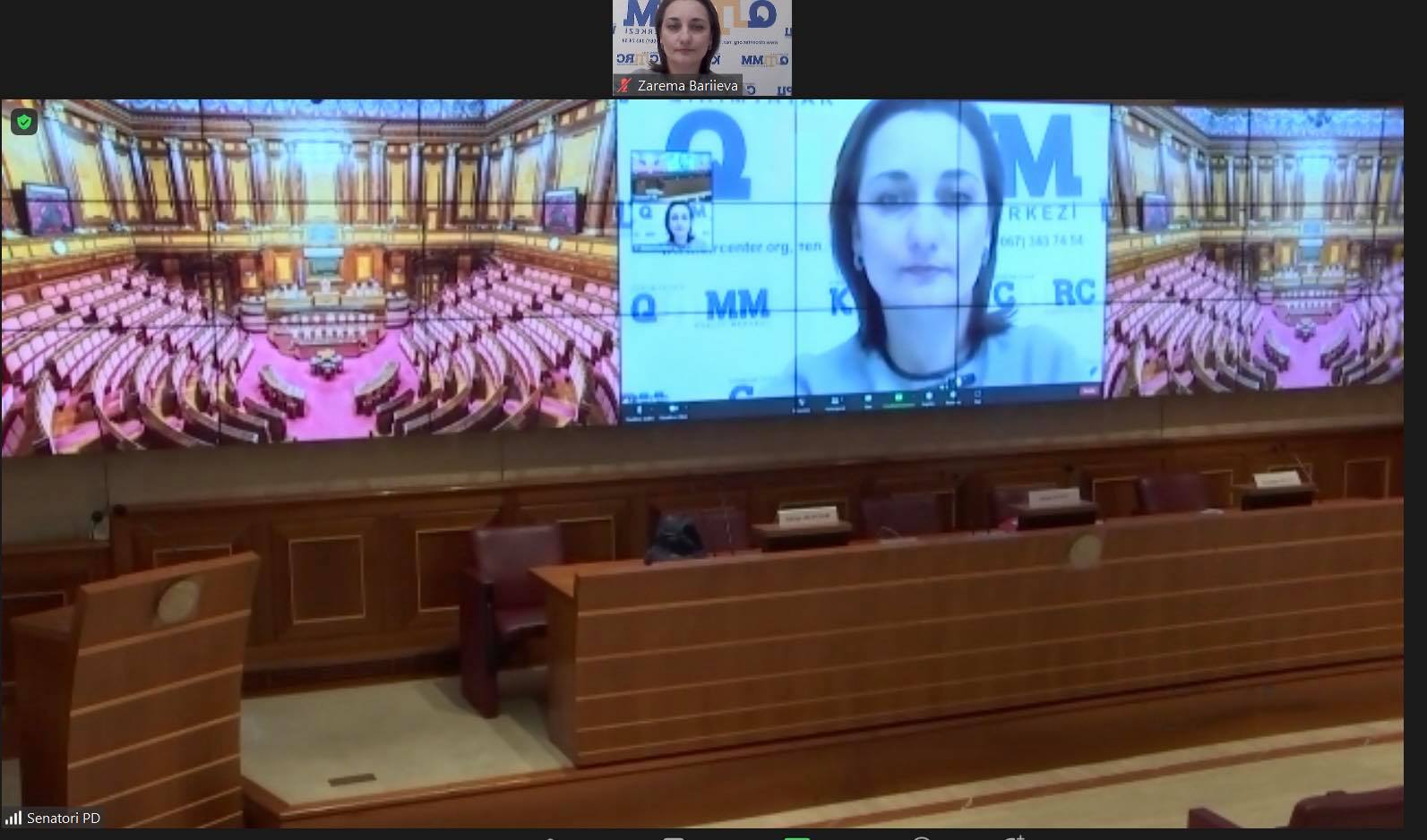 The expert spoke about massive cases of violation of the rights of journalists in the occupied Crimea, about their systemic detentions and arrests.

“Journalists, bloggers and streamers are systematically persecuted by the Russian authorities in Crimea. Unfortunately, they are forcibly detained, illegally arrested and fined. Sometimes the invaders even use physical force against them and abuse the Russian legislation against them”,- she stressed. 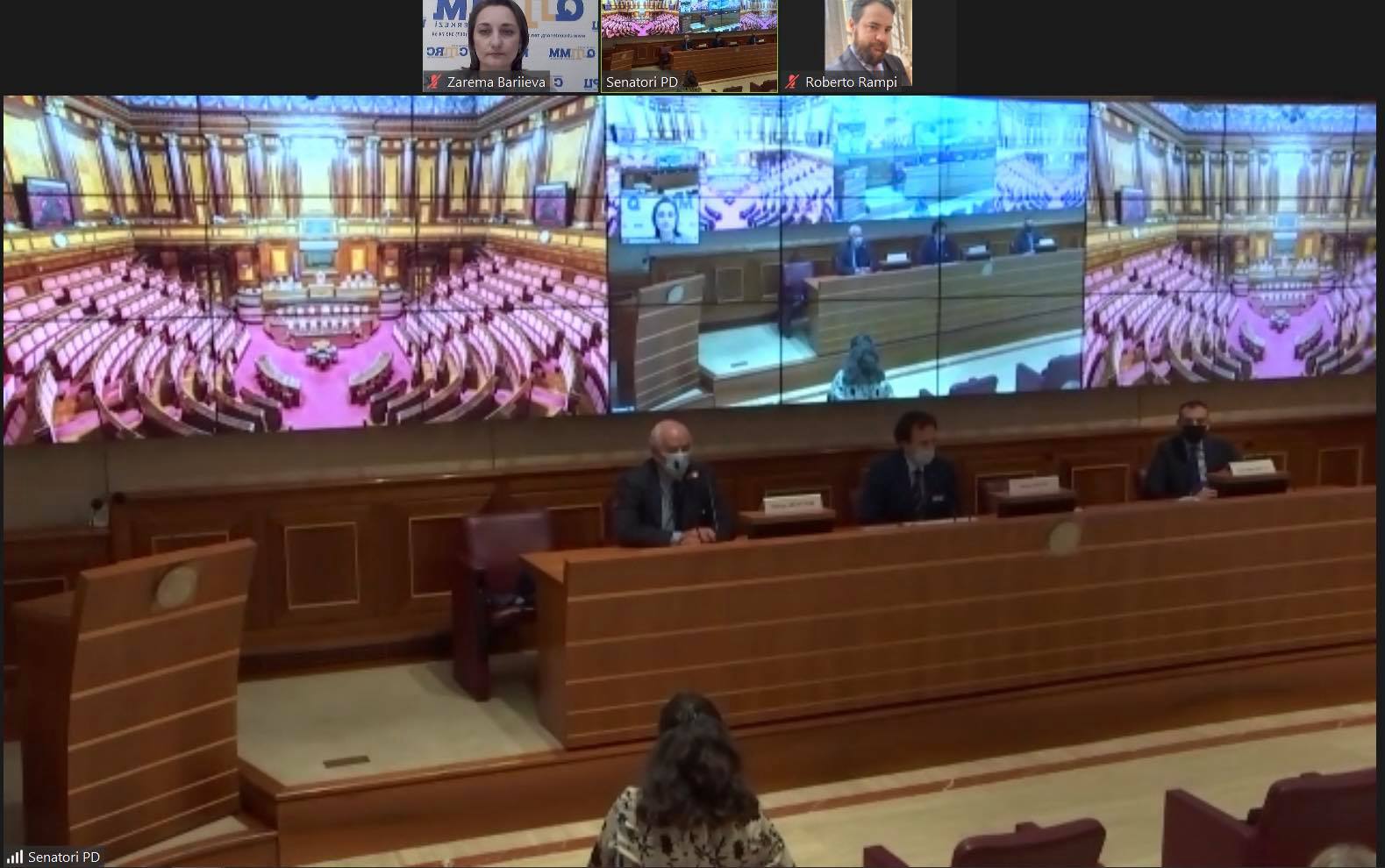 Communications Manager Tetiana Podvorniak prepared a report Civic journalism of the Crimean Tatars under Russian occupation, which she presented during the online conference Journalism of the indigenous population and self-determination. The event was organized by the Saami University of Applied Sciences (Norway), and the participants were scientists, professors and students from around the world.

“In the context of the long-term occupation of the Autonomous Republic of Crimea and the city of Sevastopol, which began in 2014, the problem of freedom of speech on the peninsula is gaining wide relevance. The Russian Federation is increasing pressure on the media of the indigenous Crimean Tatar people, which has led to their complete elimination. In modern realities, the development of civic Crimean Tatar journalism continues, which requires more detailed research”,- Podvorniak emphasized.

The representative of the CTRC noted in her speech that as a result of the complete liquidation of the Crimean Tatar mass media, civic journalism began to develop widely on the peninsula. The basis of this movement was not professional journalists, since they had to leave Crimea for their safety, but ordinary activists.

How to assess the degree of collaborationism of the inhabitants of the occupied Crimea?

From a dozen and a half elders of the Henichesk district, 5 went to cooperate with the occupiers - Bariiev

In diplomatic terms, this is very important - Bariiev about the meeting of the Security Council

We want to save Crimea for our future generations - Bariiev

CTRC is aware about 15 cases of torture against Crimeans - Bariiev

#LIBERATECRIMEA: Mockery of the Dead (issue 67)

#LIBERATECRIMEA: Who's the boss? Or how to demonstrate that Crimea is Ukraine (issue 66)

Will Ukraine be able to restore historical toponymy in Crimea?

Premiere of the documentary Give Me Back My Dad!: How It Was