Home / Analitics / In the occupied Crimea, 89 people are being persecuted in the so-called Hizb ut-Tahrir case - CTRC

In the occupied Crimea, 89 people are being persecuted in the so-called Hizb ut-Tahrir case - CTRC

After the occupation of Crimea, the Russian Federation actively practices religious persecution on the peninsula. According to the Crimean Tatar Resource Center, 89 people are being prosecuted in the so-called Hizb ut-Tahrir case, 86 of them are representatives of the indigenous Crimean Tatar people. 55 of them are serving sentences in Russian prisons and colonies, and 30 are in pre-trial detention facilities, 3 have been released. 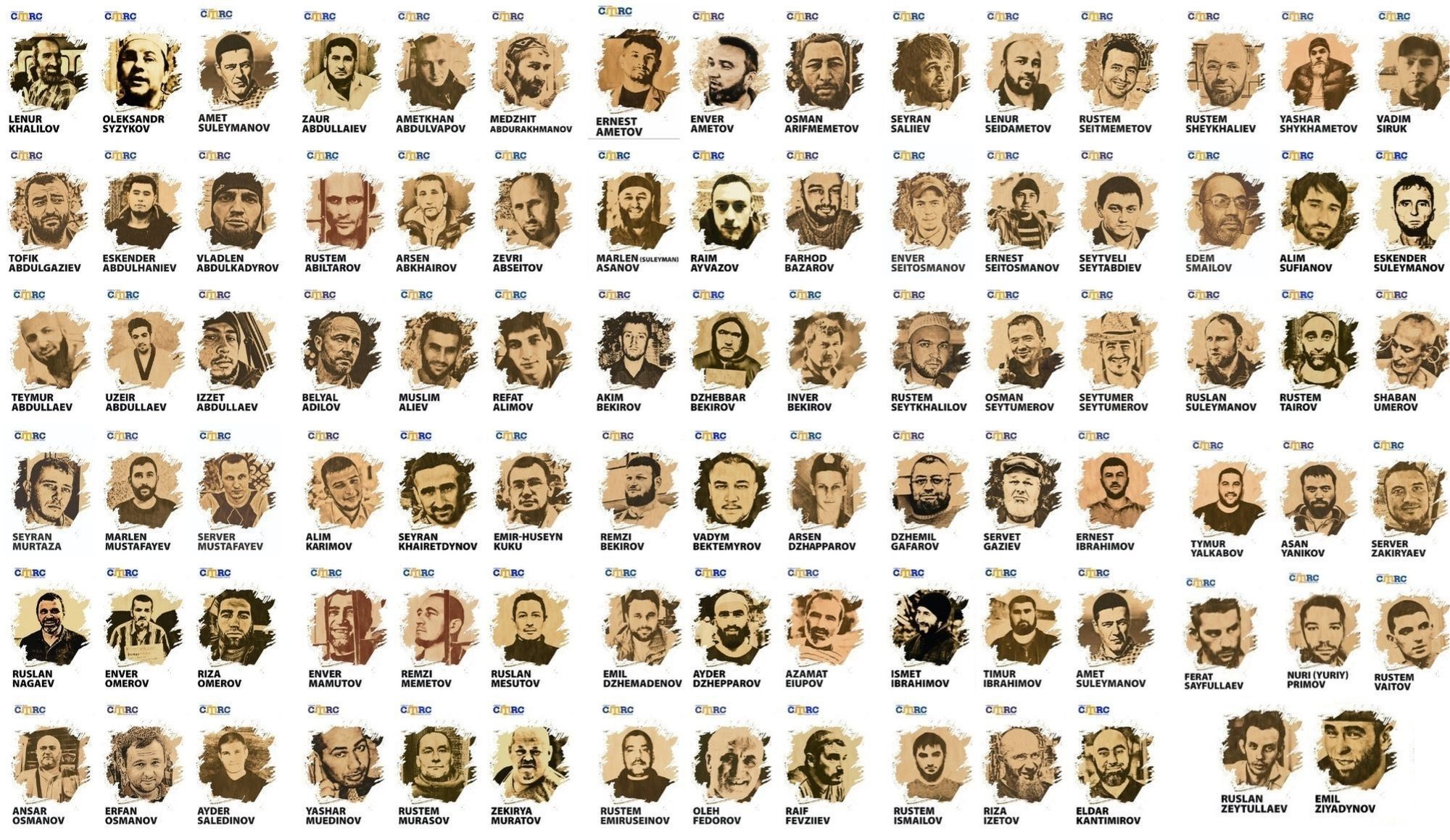 The accusations in these so-called cases are based on the testimony of hidden witnesses and the conclusions of experts actively cooperating with the FSB of the Russian Federation. The only evidence is forbidden Islamic literature found during the searches, FSB intelligence and audio recordings, which allegedly recorded that the convicts were discussing religious and political topics. The activists are accused of involvement in activities banned in the Russian Federation by the Hizb ut-Tahrir organization, which has no restrictions on its activities in most countries of the world.

Such a policy of the Russian Federation is a demonstration of the fight against dissent, as well as the religious and political beliefs of people in the occupied Crimea.

The Russian Federation misuses its legislation for political purposes, in particular to suppress the non-violent struggle of the Crimean Tatars and their protest against the occupation of Crimea. Moreover, the occupiers are intensifying repressions against those involved in the so-called Hizb ut-Tahrir case, increasing the sentences to 19 years, appointing the first years of serving in prisons, putting political prisoners on professional records.

From the point of view of Hizb ut-Tahrir, not a single country in the Western world, including Russia, meets the criteria for where a caliphate can arise. Moreover, the organization notes its rejection of terrorist methods in its activities, and in the 75 years of its existence not a single terrorist attack or armed violence has been organized.

The Crimean Tatar Resource Center demands the cancelation of all sentences against those involved in the Hizb ut-Tahrir case and the immediate release of other political prisoners.

The Crimean Tatar Resource Center calls on the international community to increase pressure on the Russian Federation in order to stop political persecution in Crimea, as well as to impose personal sanctions against those responsible for human rights violations in the territory of the temporarily occupied Crimea.

During the entire occupation of the peninsula, 14 waves of detentions of Crimean Tatars were carried out, involved in the so-called Hizb ut-Tahrir case:

Among the defendants in these so-called cases there are already those who have served their sentences and are in colonies / prisons and pre-trial detention centers.

Released but  have restrictions:

Acquitted and then re-arrested:

We remind you that Hizb ut-Tahrir - the Party of Liberation - declares itself as an international Islamic political party, the purpose of which is to restore the Islamic way of life by creating a global Islamic theocratic state (Caliphate). The organization was established in the early 1950s in the Middle East, and currently its activities are carried out in at least 58 countries of the world, including Ukraine.

????? ?? @ctrcenter
facebook
youtube
CTRC continues to document the crimes of the Russian Federation in Ukraine
In Egypt, they spoke about the problems of the impact of the Russian occupation of Crimea on climate change
Political prisoner Marlen Mustafaiev requested 18 years in colony
Four military administrations formed in the Kherson region
The European Parliament agreed on a resolution recognizing Russia as a state sponsor of terrorism