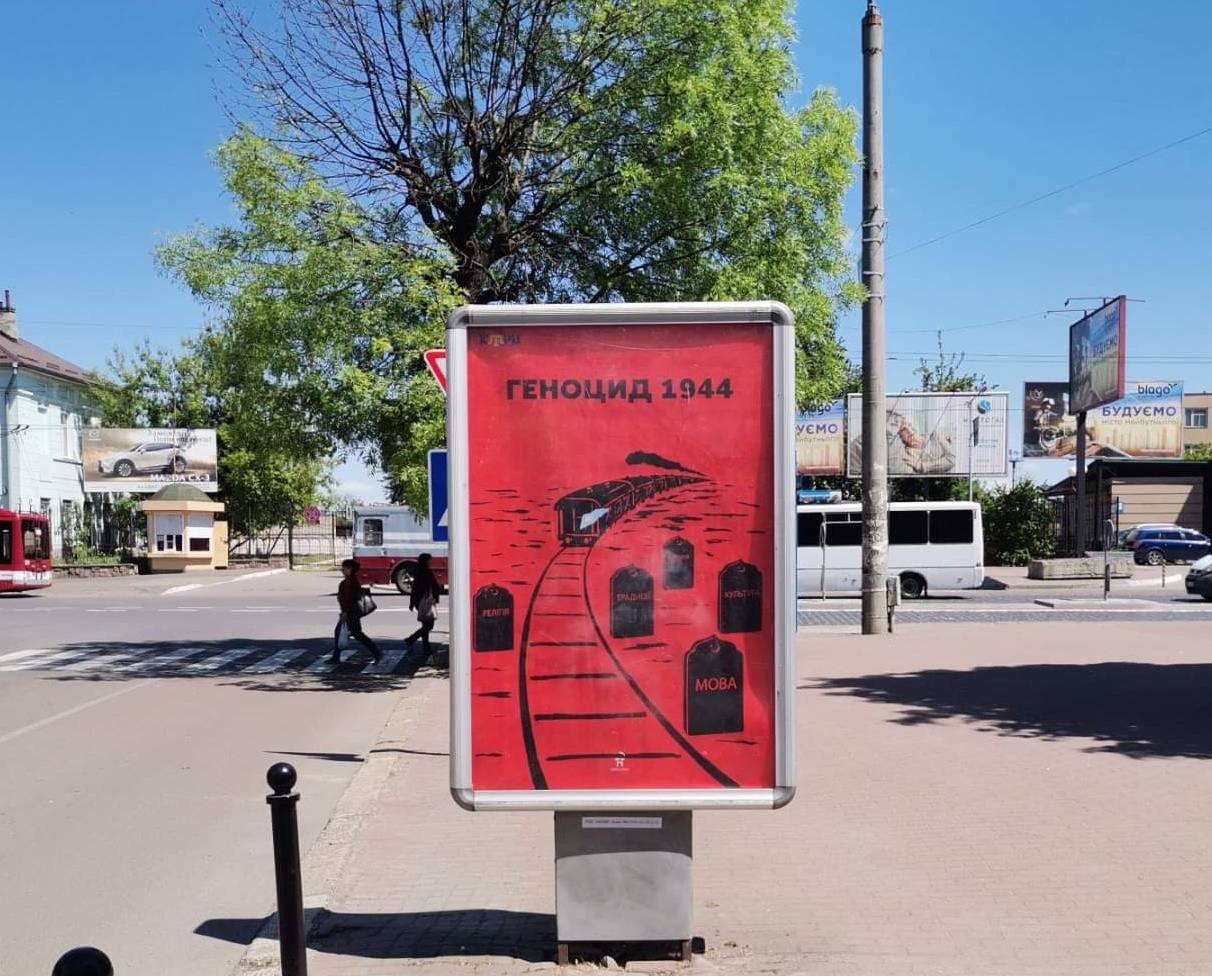 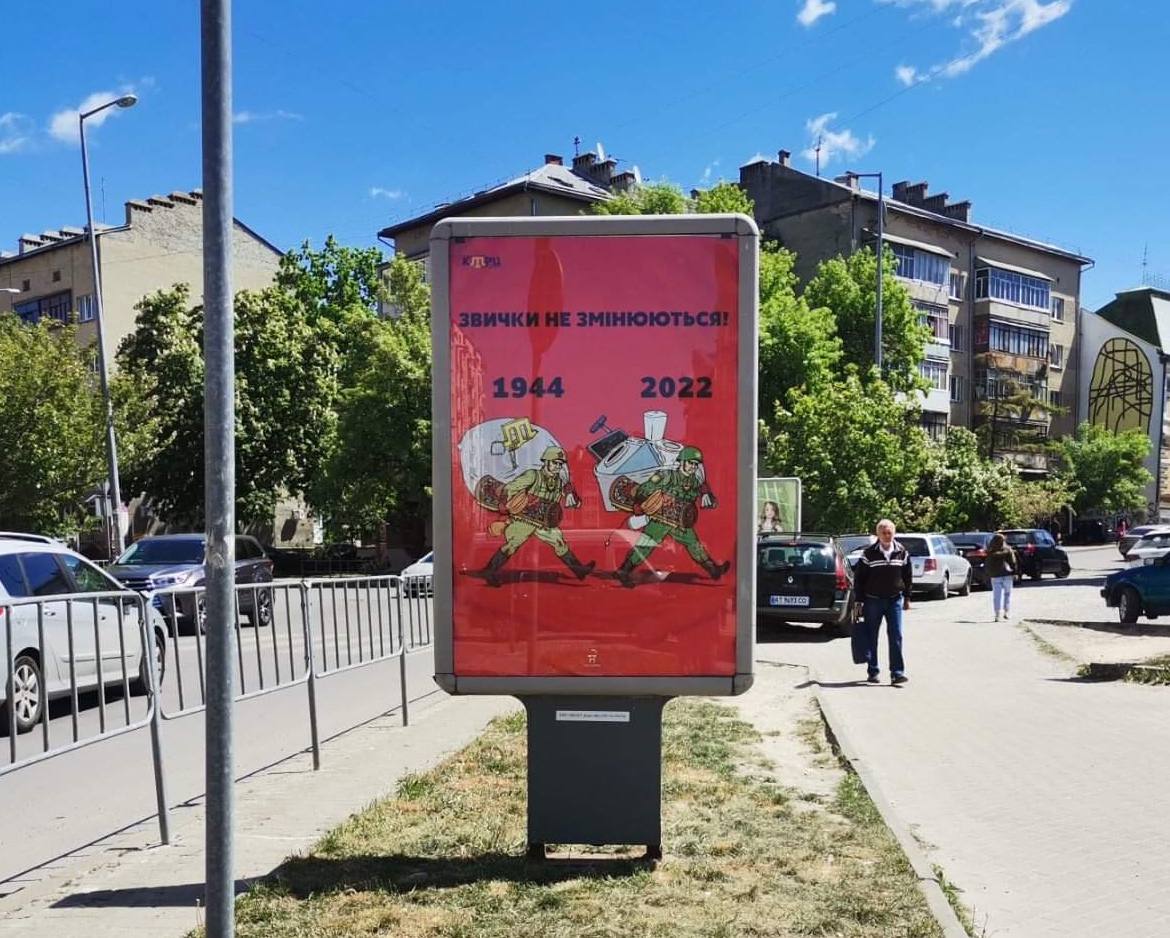 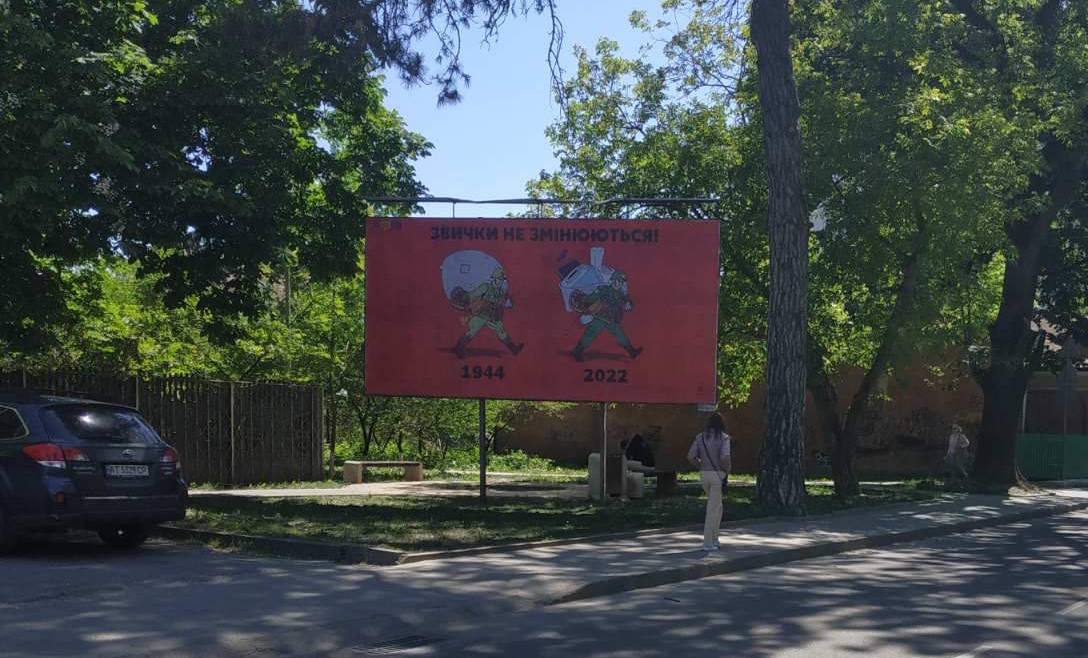 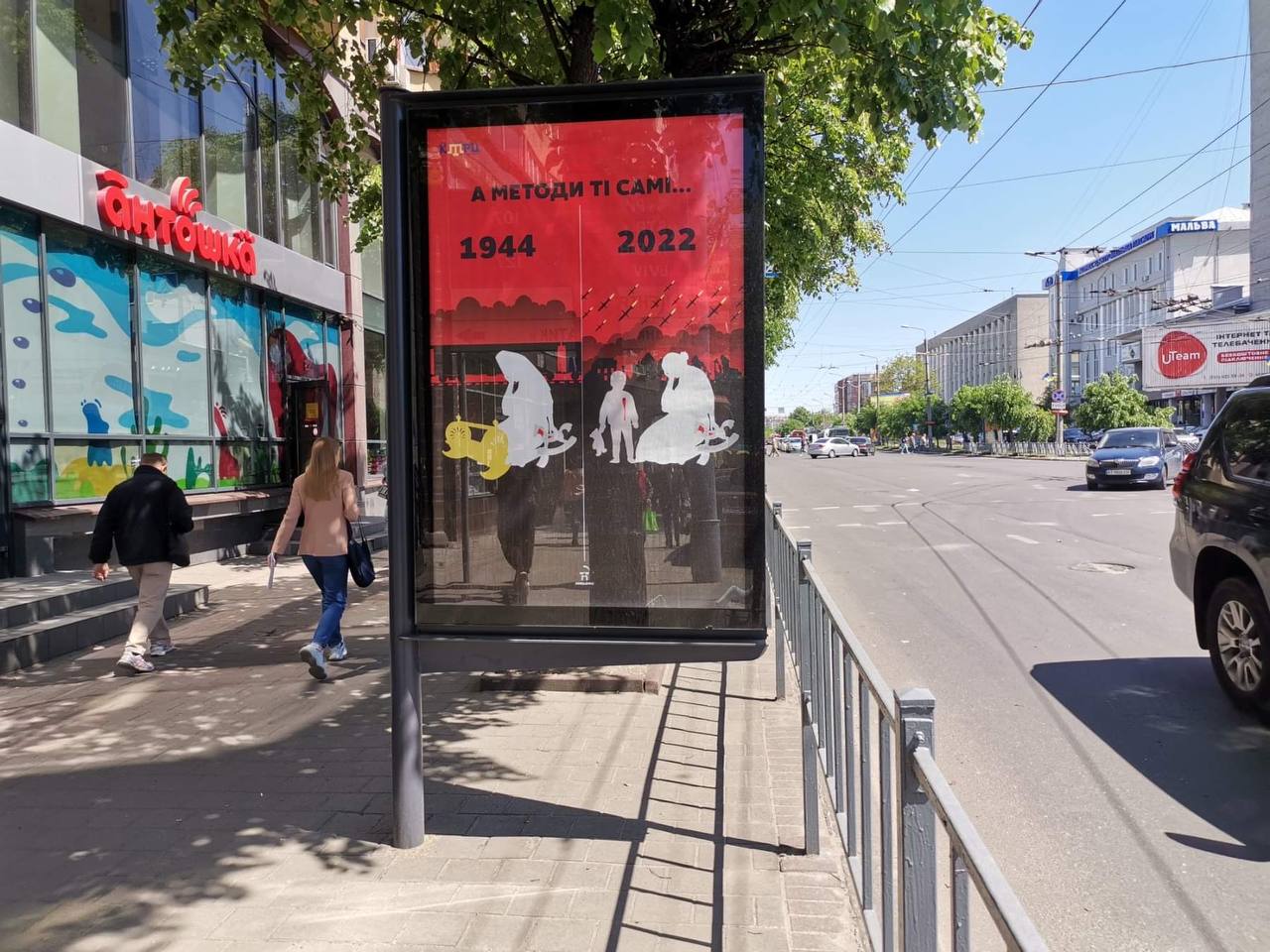 Unfortunately, 78 years later, history repeats itself. The Russian Federation actually continues the practice of the Soviet Union, destroying the Ukrainian people, their language, culture, history and traditions. The Russian Federation commits massacres, abuses women, kills and kidnaps children, deports Ukrainians to Russian territory and robs houses in the same way as the Soviet government did in 1944.

In total, 238,500 people were deported from Crimea in 1944, 46.2% of all those deported died. Many people did not have the opportunity to live in their homeland, but now we are witnessing a full-scale invasion of the Russian Federation into Ukraine. More than 3,540 civilians have already died at the hands of the Russian military, according to the UN. More than 1 million 185 thousand citizens of Ukraine were taken to the territory of the Russian Federation. And according to UN estimates, almost 5.5 million Ukrainians went abroad.

We must stop this.

In the photo you can see the posters that are posted in Ivano-Frankivsk. Thanks to these boards, the residents of the city will learn more about the tragic history of 1944, as well as about the current events of 2022.

The posters were developed by the Crimean Tatar Resource Center, activists of the international movement for the de-occupation of Crimea and solidarity with the Crimean Tatar people #LIBERATECRIMEA and Ukrainian artist Andriy Yermolenko.