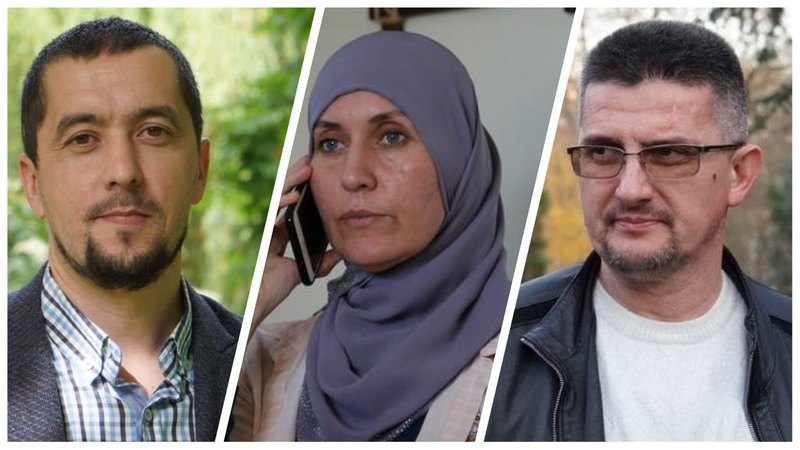 The lawyers were not actually inform about the meeting of the Council of the Chamber, which deprived them of the right to defense. For a long time, lawyers tried to transfer from the Chechen Chamber of Lawyers to the Crimean Chamber, however, in violation of the procedural norms, the Commission of the Councils of the Crimean Chamber of Lawyers refused to do so.

Without lawyer status, Nazim Sheimambetov, Lilia Hemedzhi and Rustem Kiamilev cannot defend their clients in criminal cases, represent them in courts and preliminary investigations, and they are also deprived of the right to take an exam for obtaining lawyer status for a year.

Harassment, pressure and obstruction of the work of an independent lawyer is a violation of both Ukrainian and Russian legislation on advocacy, as well as the Basic Principles on the Role of Lawyers, adopted by the UN in 1990. These principles oblige governments not to prosecute and subject lawyers to judicial, administrative, economic or other sanctions for any act performed in accordance with recognized professional duties, norms and ethics, as well as the threat of such prosecution and sanctions.

The Crimean Tatar Resource Center demands the immediate renewal of the rights to carry out professional activities and refrain from further persecution of independent lawyers carrying out professional activities in the territory of the temporarily occupied Crimea, as well as lawyers acting in the interests of political prisoners of Crimea in Russia.

The Crimean Tatar Resource Center demands from the President of Ukraine, the National Security and Defense Council of Ukraine, the Security Service of Ukraine, the Verkhovna Rada of Ukraine to impose sanctions against persons involved in the illegal prosecution of lawyers Nazim Sheimambetov, Lilia Hemedzhi and Rustem Kiamilev.

The Crimean Tatar Resource Center calls on the international community to increase pressure on the Russian Federation and the occupying authorities of Crimea in order to stop political persecution and persecution in connection with the professional activities of lawyers, as well as to apply personal sanctions against persons involved in human rights violations for temporary occupation.