On Friday, July 29, at the office of the Mission of the President of Ukraine in the Autonomous Republic of Crimea, a presentation of a study by experts from the Crimean Tatar Resource Center Environmental and climatic discrimination in the occupied Crimea: dimensions and threats was held. 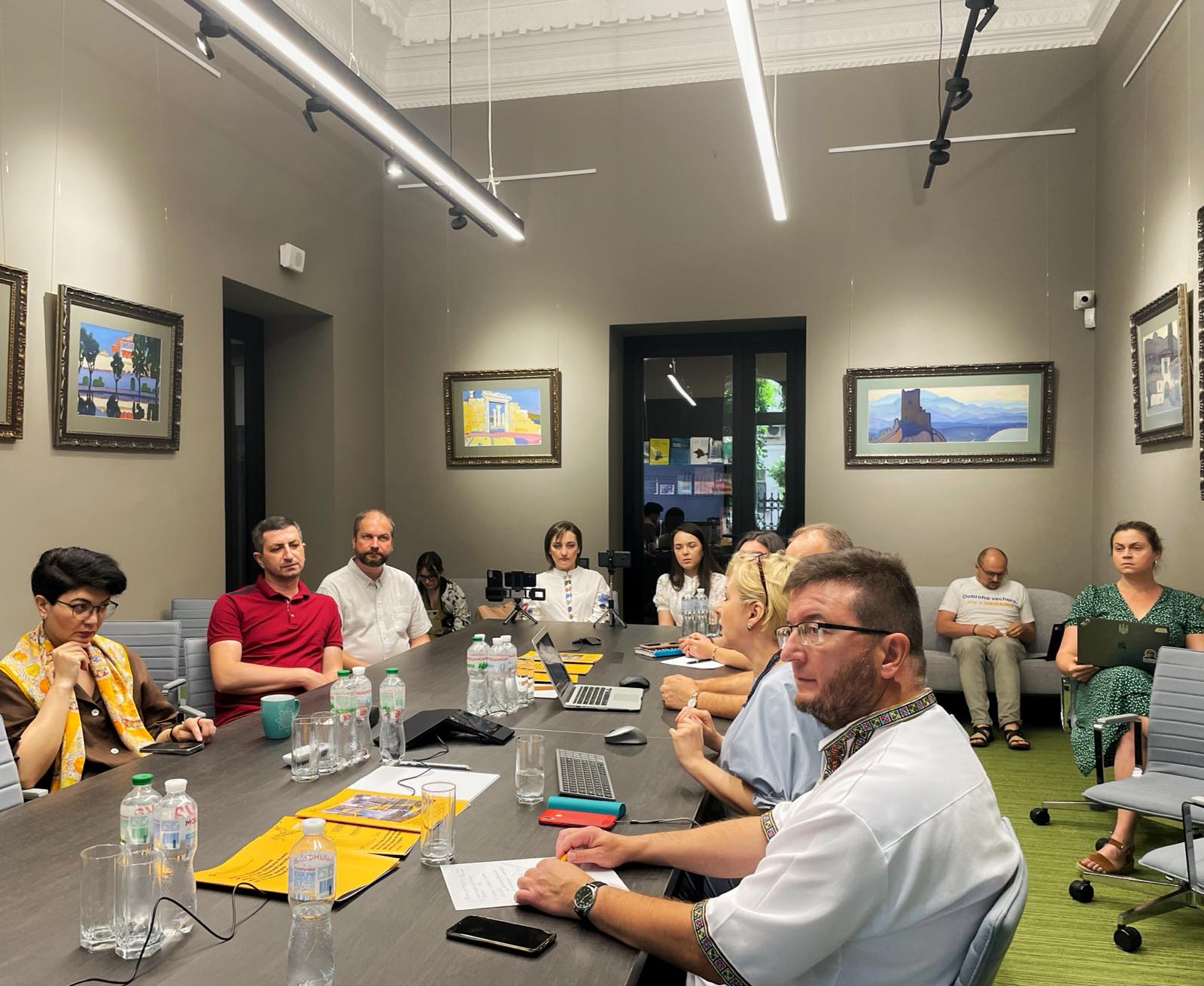 The event was opened with welcoming words by the Head of the Board of the Crimean Tatar Resource Center, the head of the Department for Legal Affairs and Foreign Affairs of the Mejlis of the Crimean Tatar people Eskender Bariiev, Permanent Representative of the President of Ukraine in the Autonomous Republic of Crimea Tamila Tasheva and Deputy Executive Director of the International Renaissance Foundation Inna Pidlutska. 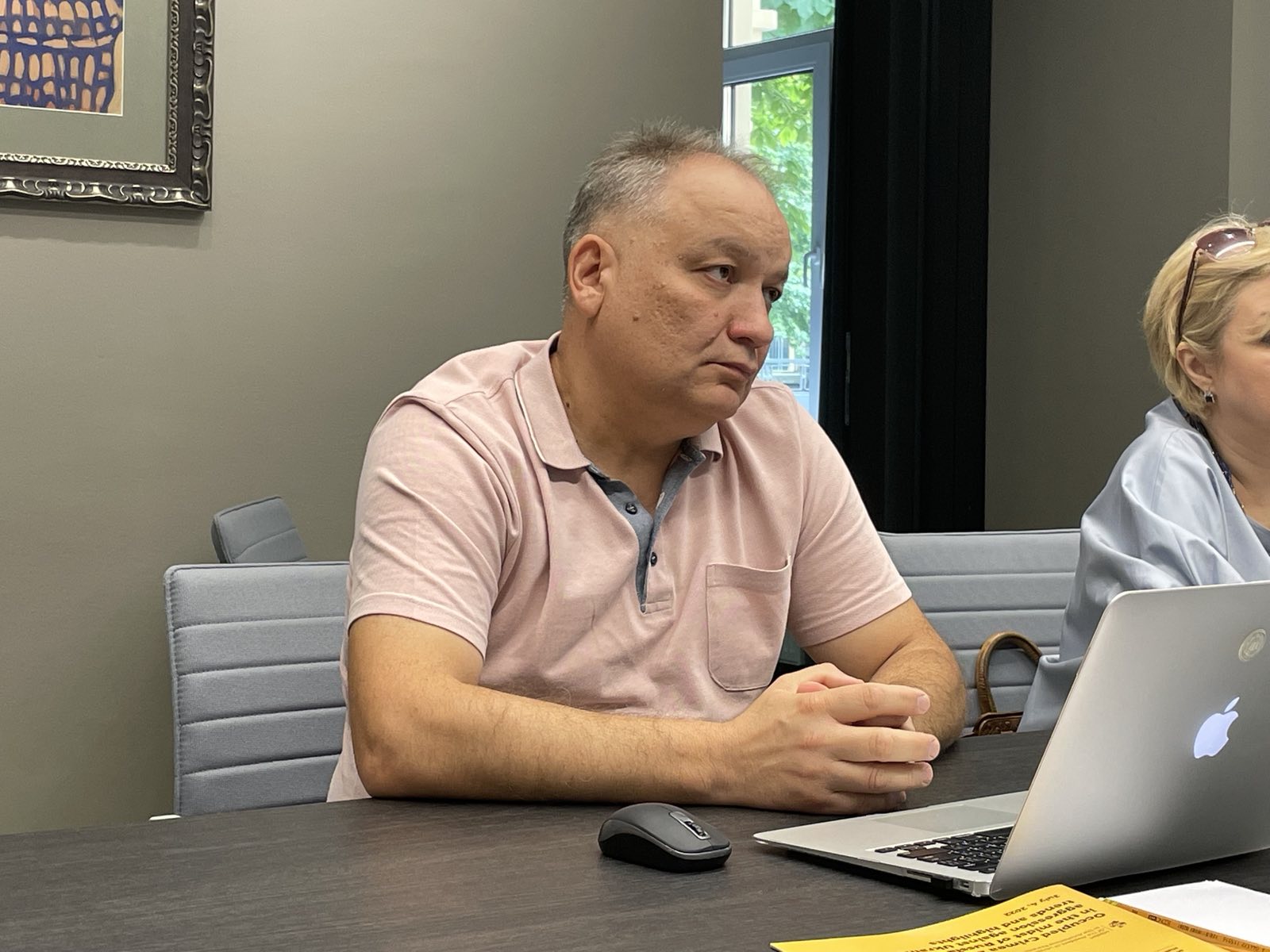 “The Crimean Tatar Resource Center is systematically working in this direction. We have already submitted dozens of applications, complaints, reports to relevant international environmental organizations and their structures on the environmental situation in the occupied Crimea. We must continue to talk about this and bring this information to the international community. Therefore, we have prepared this study in two languages: Ukrainian and English”,- said Bariiev. 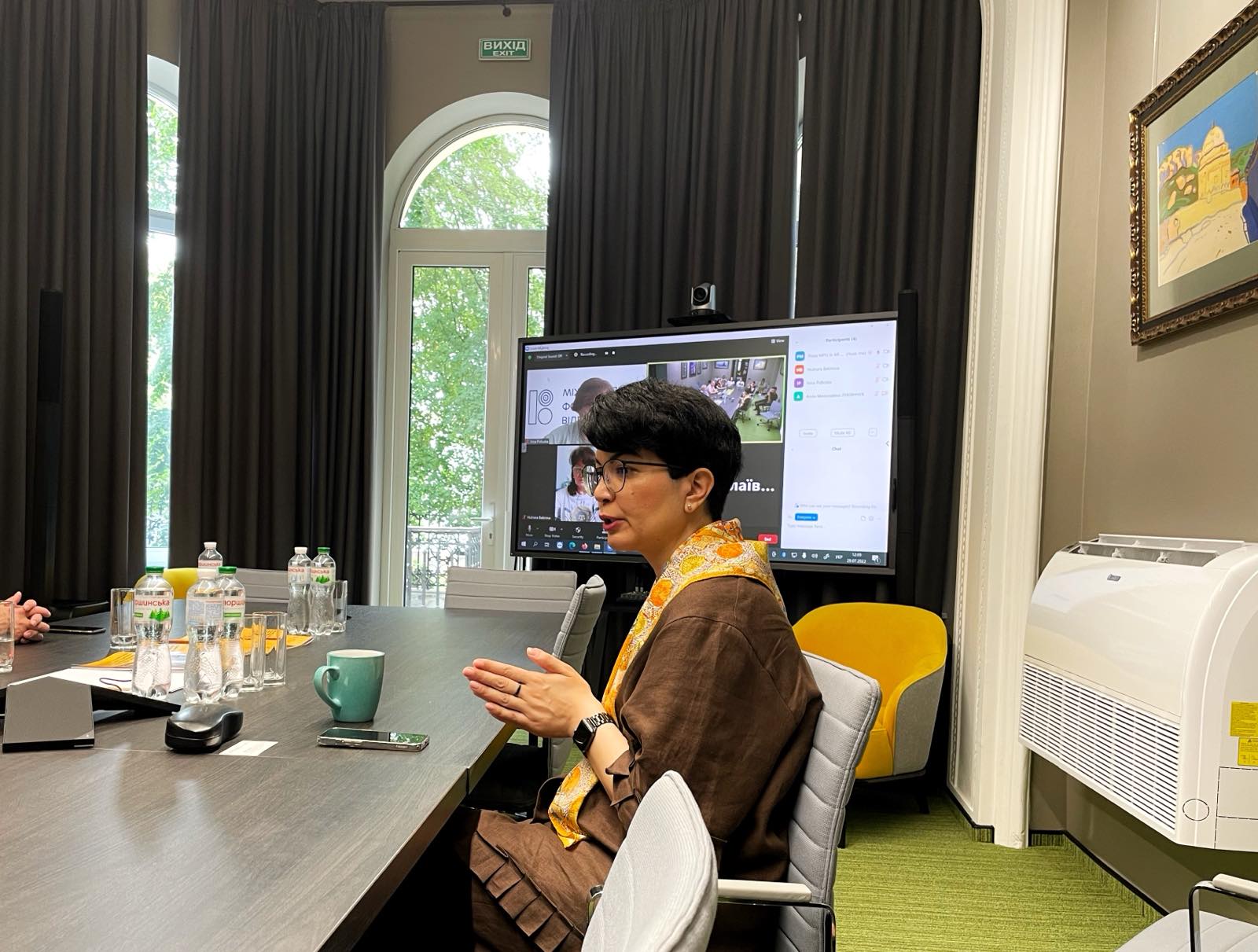 Tamila Tasheva emphasized that during these eight years, the Russian Federation militarized the Crimean peninsula to the maximum, which led to a significant deterioration of the Crimean ecosystem. However, it should be noted that this issue is not given due attention, both in Ukraine and abroad. Therefore, the Mission of the President of Ukraine in the Autonomous Republic of Crimea, which also functions as an office of the Crimean Platform, will try to raise the issue of environmental damage caused by the Russian Federation. 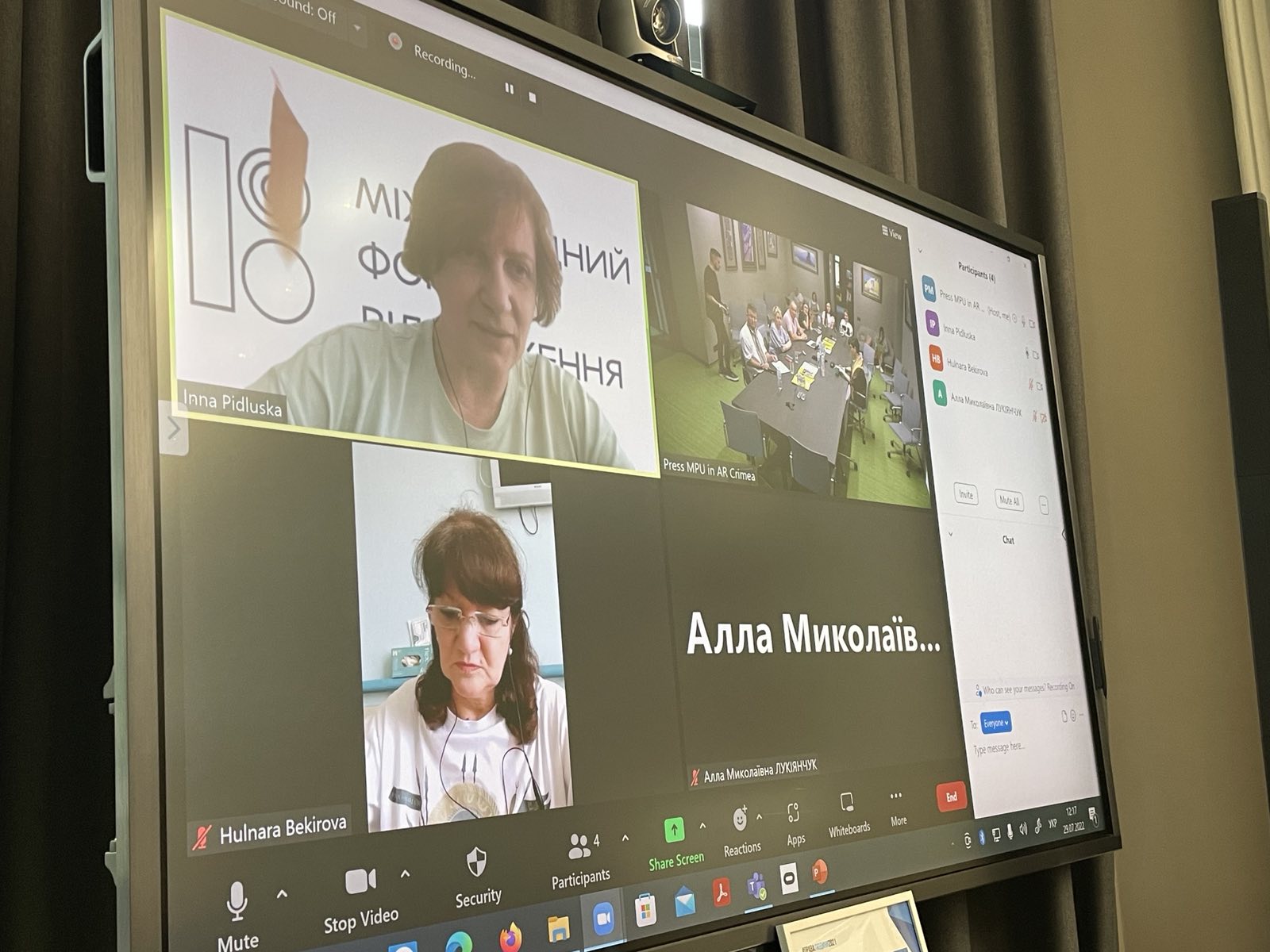 “When I got acquainted with the study, I realized that there are not many such organizations in Ukraine that systematically work on the issue of protecting human rights, including the right to a clean environment, as the CTRC does. Thanks to such activities, the international community learns about the environmental problems of the peninsula. We are proud that we can support such an initiative”,- said Inna Pidlutska.

Yevhen Khlobystov – Doctor of Economics, Professor of the Department of Ecology of the National University Kyiv-Mohyla Academy, Academician of the Academy of Economic Sciences of Ukraine, member of the Expert Council of the Crimean Tatar Resource Center for Environmental Protection and Sustainable Development of Crimea.

Svitlana Boichenko – Doctor of Geographical Sciences, Leading Researcher of the Subotin Institute of Geophysics of the National Academy of Sciences of Ukraine, Professor of the Department of Ecology of the National University Kyiv-Mohyla Academy, member of the Expert Council of the Crimean Tatar Resource Center for Environmental Protection and Sustainable Development of Crimea. 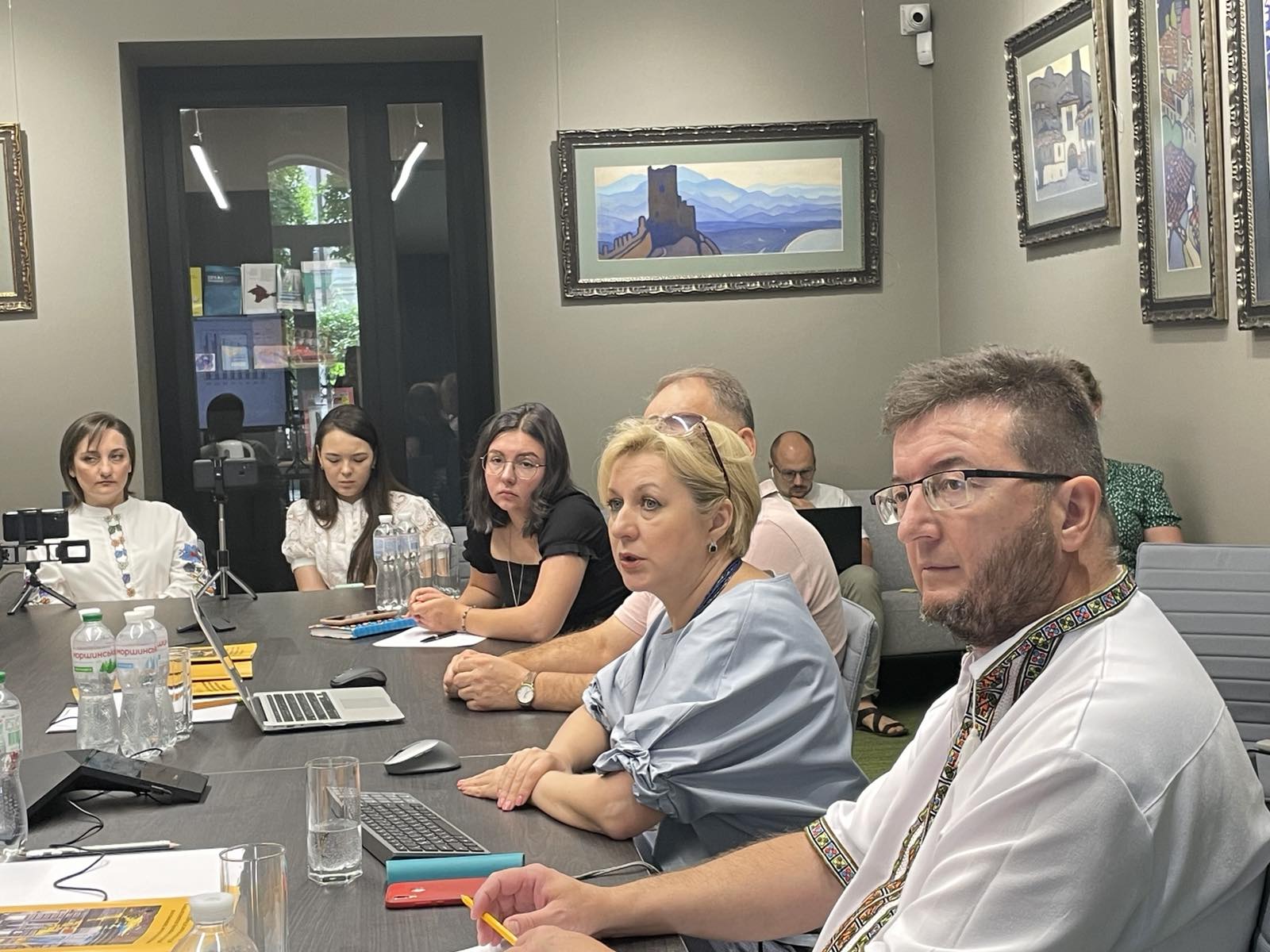 Svitlana Boichenko, speaking about the relevance of the study, emphasized that the ecological and climatic situation in the territory of the occupied Crimea is quite difficult for a number of reasons, both natural and anthropogenic, namely:

• intensive water use as a result of the intensification of tourism and militarization on the peninsula; predatory use and exploitation of natural resources (groundwater, soil, forest reserves and marine ecosystems);

• environmental pollution as a result of man-caused accidents and industrialization (accident on the Titan, construction of roads and the Kerch bridge);

• uncontrolled constructions on the coast of the seas, as well as on the territory of nature reserves; ٚ

* failure to provide reliable information on the environmental situation and conduct educational work on climate change;

• discriminatory legal norms with violation of human rights to a clean environment, ineffective administrative decisions of the Crimean occupation authorities. 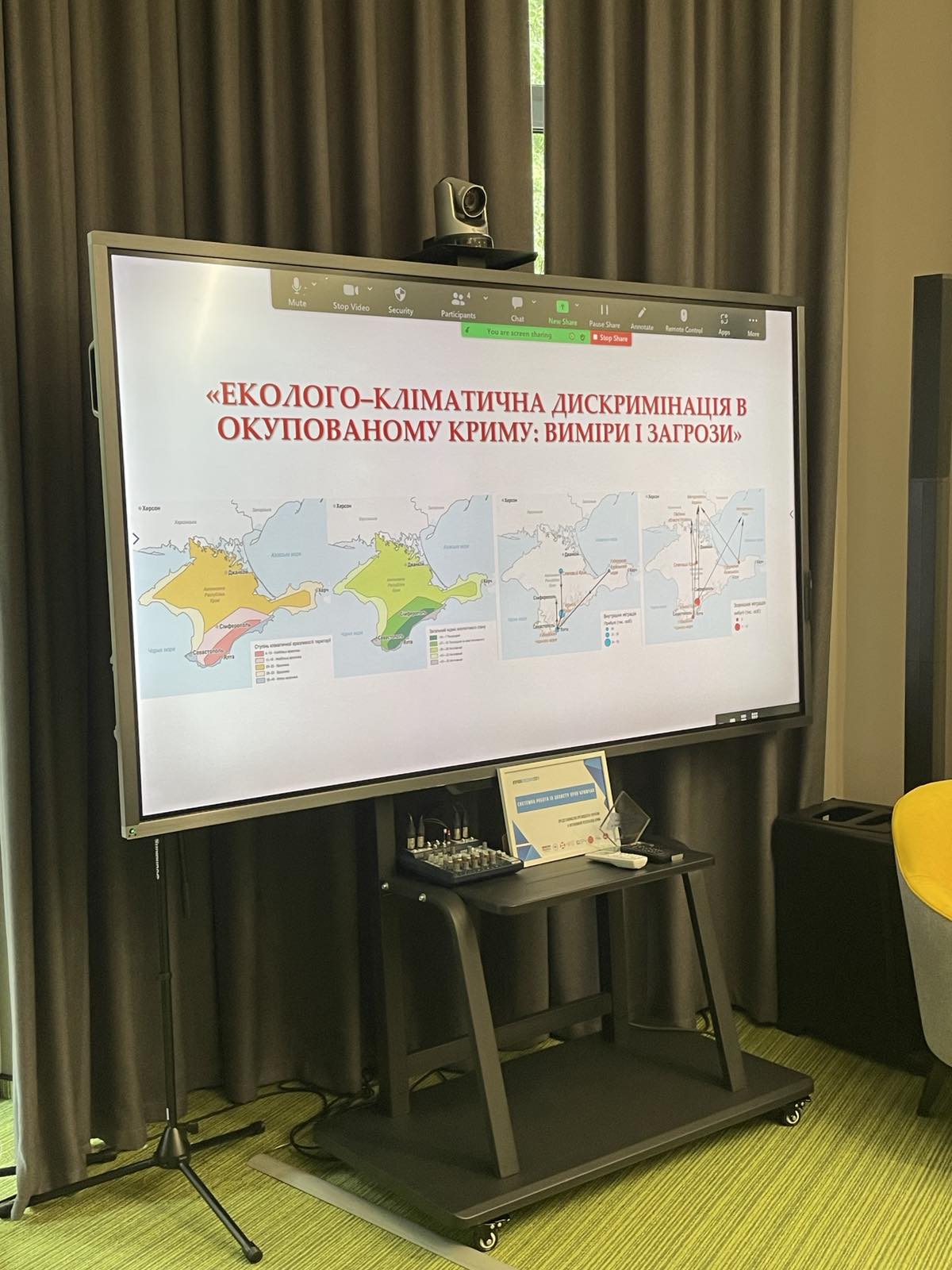 “All of the abovementioned is a violation of human rights to a clean and healthy environment, as well as the right to access environmental information that does not contribute to the adaptive resilience of society to climate change and the manifestation of environmental and climate discrimination”,- she added.

Summing up the results of her scientific work, the expert emphasized that modern challenges from climate change, inefficient management and predatory environmental policy of the occupying authority do not contribute to adaptive resistance to climate change in society and are a manifestation of environmental and climate discrimination.

Moreover, local environmental conflicts due to the complication of living conditions, due to the complication of traditional economic management and the redistribution of resources may encourage a certain part of the Crimean population to internal and external migrations, including in the direction of the southern regions of Ukraine and entail environmental and social conflicts. And as time has shown, as well as a war for resources.

“This study has a rather concrete perspective for the reintegration of Crimea, for the restoration of the territorial integrity of our state and for us to look into the future from the point of view of realism”,- Yevhen Khlobystov added.

Get to know the research. 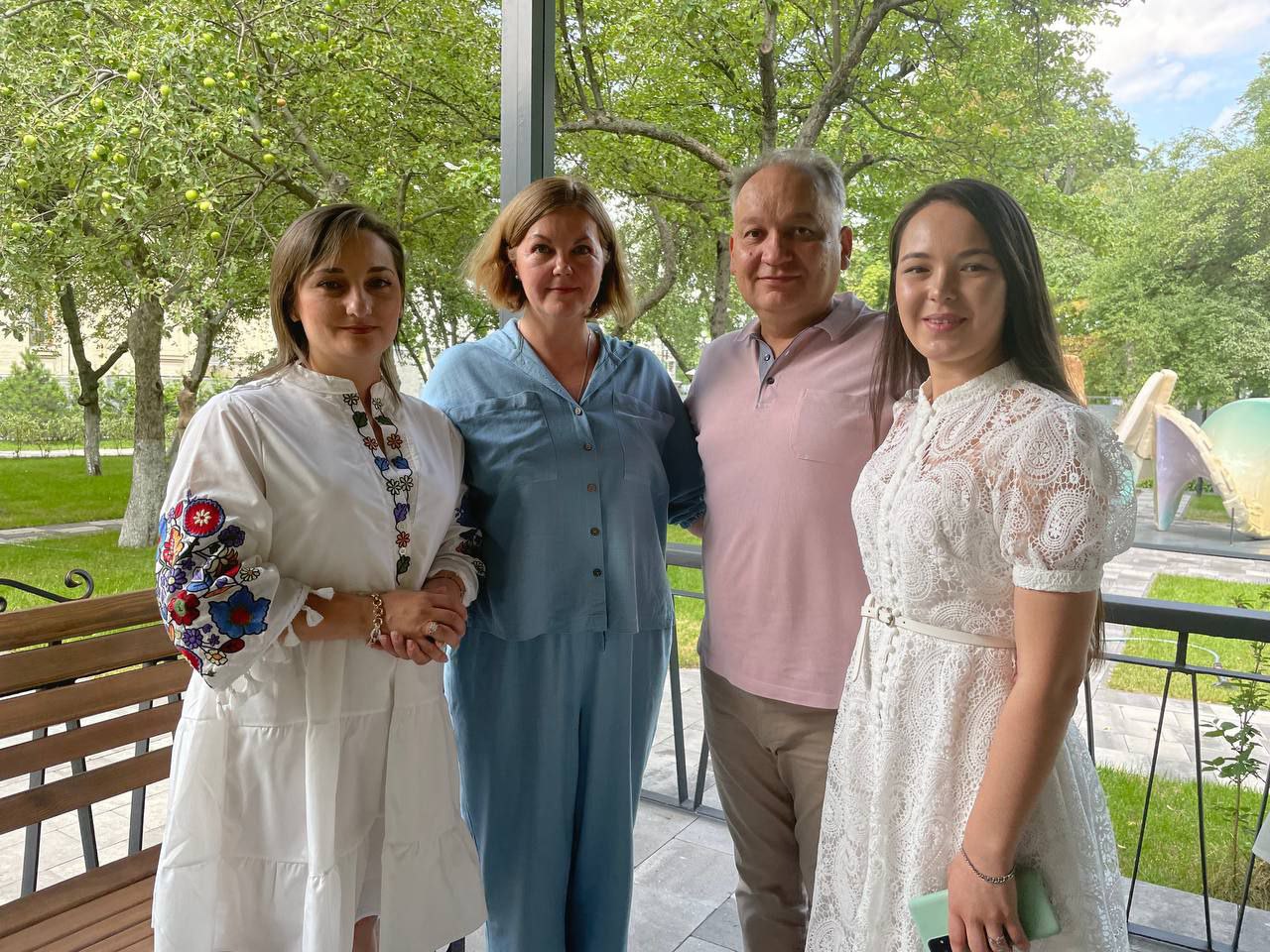 This study was published as part of the Initiative for the Development of Environmental Policy and Advocacy in Ukraine, implemented by the International Renaissance Foundation with financial support from Sweden.