On Wednesday, January 26, expert of the Crimean Tatar Resource Center Borys Babin discussed with the UN Special Rapporteur on human rights for safe drinking water and sanitation, Mr. Pedro Arrojo Agudo, the situation with water shortage in the occupied Crimea. 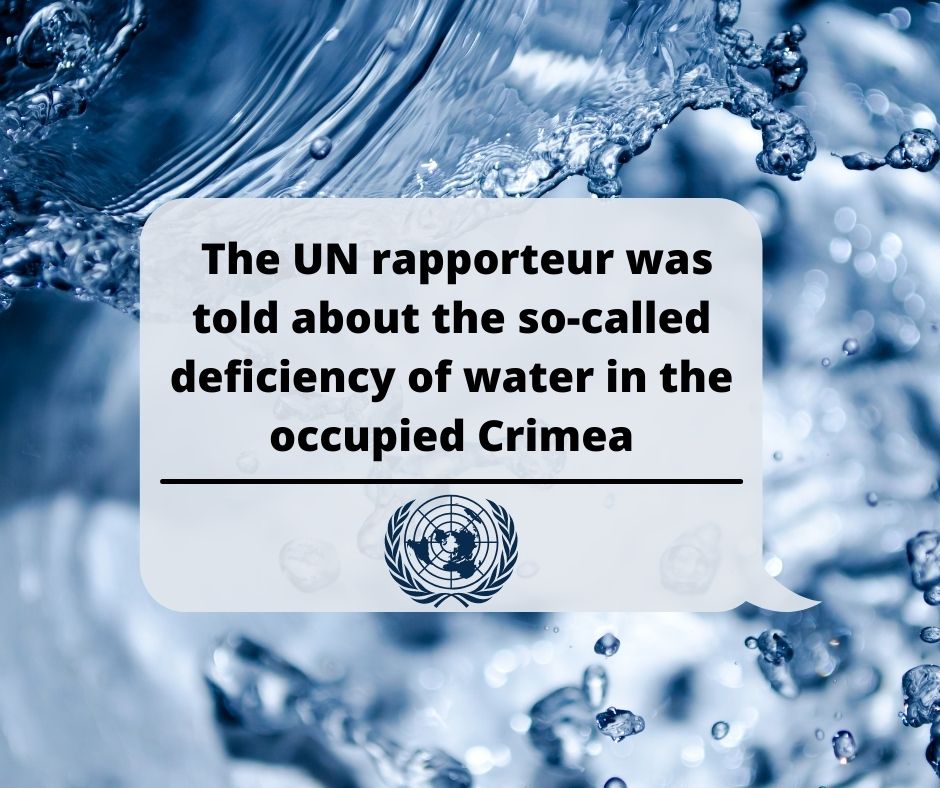 Expert of the Crımean Tatar Resource Center Borys Babin during the meeting noted that the indigenous population in the occupied Crimea does not participate in the management of water resources. He stressed the importance of the requirements of UN General Assembly Resolution 76/179. After all, this act requires Russia to ensure proper living conditions in Crimea, including by ensuring a fair distribution of fresh water resources for the civilian population; ensuring safe drinking water for all residents of Crimea without discrimination and guaranteeing their access to sufficient, safe, acceptable and physically accessible water for personal and domestic use.

“I informed the participants of the consultation about the example of the use by the Russian occupants of the Siemens and Grundfos pumps on the Beshterek-Zuia water pipeline, which destroys the unique river ecosystems inhabited by the indigenous population. The participants noted with deep concern the refusal of the governments of Denmark and Germany to punish the respective companies for the supply of sanctioned equipment and pay any compensation to the victims”,- Babin said.

During the meeting, an exclusive documentary film Crimea. Dehydration, the authors of which are the Crimean Tatar Resource Center and the Peace and Co Charitable Foundation.