On December 6, 2021, the United States of America announced a diplomatic boycott of the 2022 Winter Olympics and the 2022 Paralympic Games in China in February 2022. The United States will not send its official representatives to the PRC. 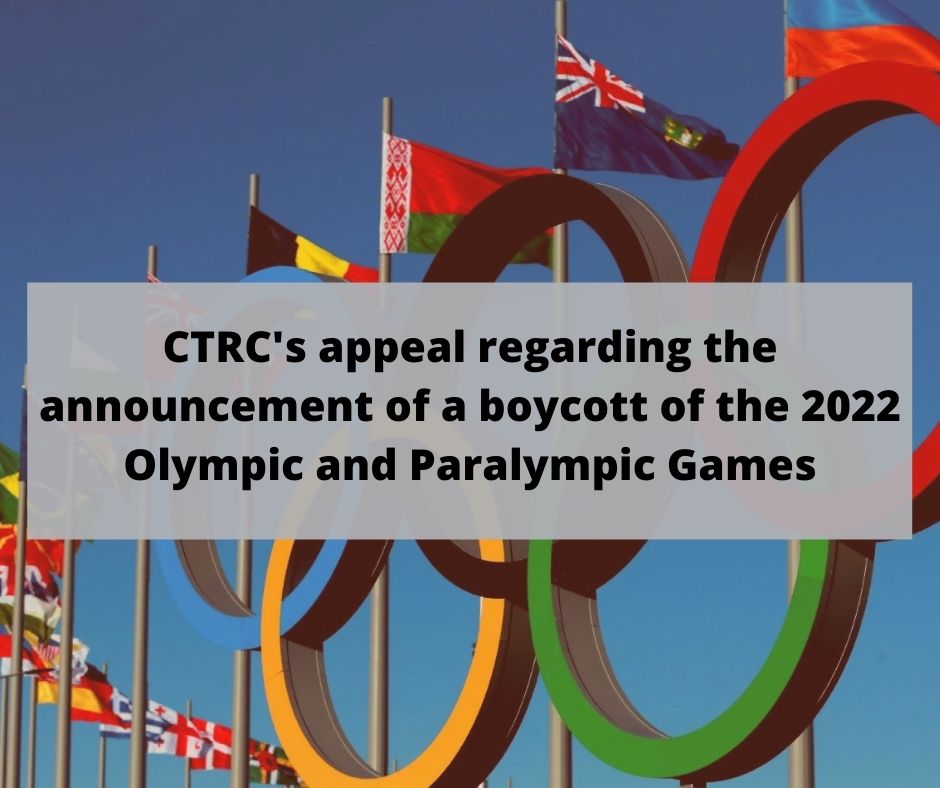 The decision of the American authorities is connected with the massive repression of the Uyghurs: according to human rights activists, more than a million Muslims and representatives of religious minorities are detained in China in the so-called re-education camps in inhumane conditions.

Australia, the United Kingdom of Great Britain, Canada, the Republic of Lithuania, and New Zealand joined the US initiative.

The Crimean Tatar Resource Center calls on Ukraine to join its partners and declare a diplomatic boycott of the 2022 Olympic and Paralympic Games, this will be a consistent step in the context of the struggle for human rights in the temporarily occupied territories of Crimea and the Donbas.

The Crimean Tatar Resource Center considers it unacceptable to tolerate and turn a blind eye to massive and gross violations of the rights of the indigenous Uyghur people and other ethnic groups that have signs of genocide on ethnic and religious grounds.

The Crimean Tatar Resource Center calls on European countries that recognize human rights as the highest value, Turkic and Muslim countries to declare a diplomatic boycott of the 2022 Olympic and Paralympic Games. In this way, they will demonstrate their solidarity with the indigenous Uyghur people, who are experiencing significant oppression on religious and ethnic grounds.