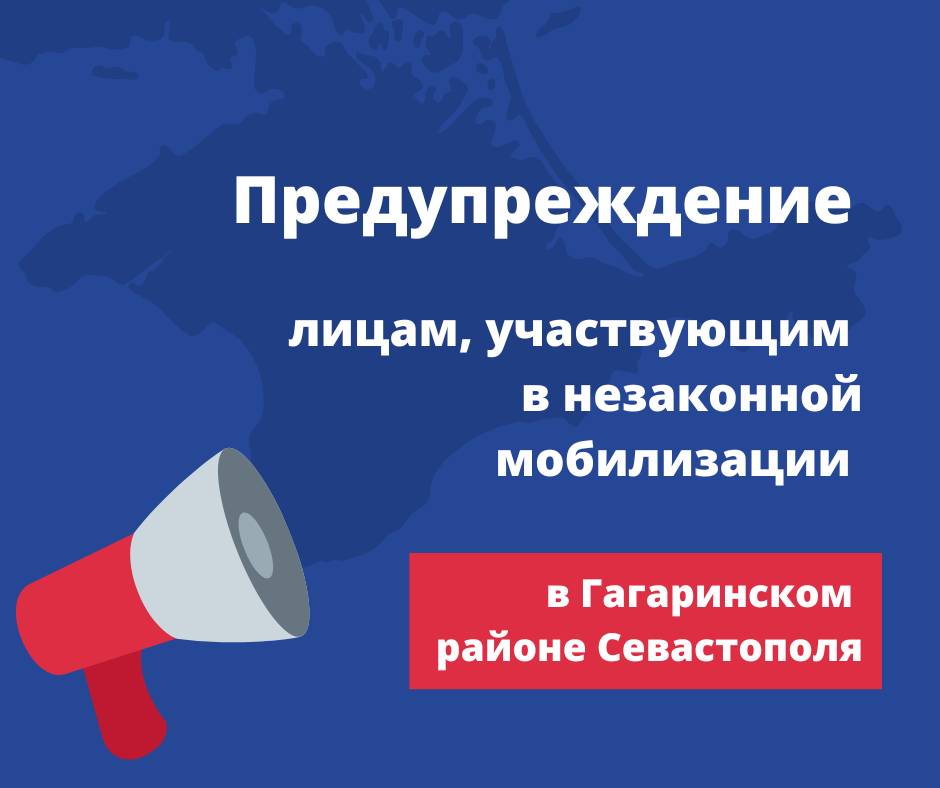 The CTRC warns the entire composition of the draft commission for the mobilization of citizens of the Gagarinsky municipal district of the city of Sevastopol:

Yarusov Alexey – Chairman of the draft board;

Malinevskaya Julia – secretary of the draft board;

Azarov Andrey – head of the department of district commissioners of the police and juvenile affairs of the Ministry of Internal Affairs of Russia for the Balaklavsky district of Sevastopol;

Frolov Igor – a member of the headquarters of the regional branch of the movement "UNARMIA" in Sevastopol;

Shevchuk Natalia – Chairman of the Regional Branch of DOSAAF of Russia in Sevastopol;

Shurygina Elena – a doctor who supervises the medical examination of citizens subject to conscription for military service.

We remind you you that the organization and participation in the implementation of the so-called mobilization on the territory of the temporarily occupied Crimea is a violation of international humanitarian law, namely Art. 51 of the Geneva Convention for the Protection of Civilian Persons in Time of War (IV Geneva Convention), as well as Art. 438 Violation of the laws and customs of war of the Criminal Code of Ukraine. This war crime has no statute of limitations and responsibility for its commission will come sooner or later. Just as decades after the end of World War II, the Nazis were held accountable for their war crimes.