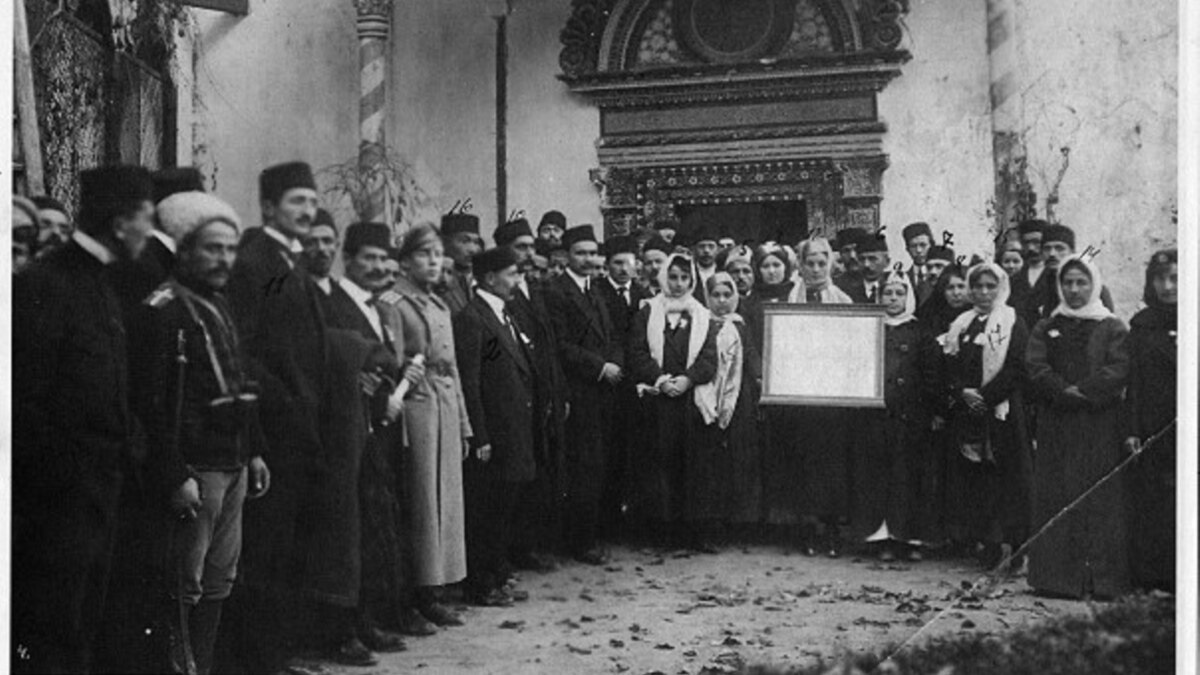 So, the Qurultay of the Crimean Tatar people is the national assembly, the highest representative authority of the Crimean Tatar people, the first convocation of which took place exactly on December 9, 1917. Its meeting lasted 18 days. The Qurultay consisted of 76 delegates, and Noman Çelebicihan, Cafer Seydamet, Seitdzhelil Khattat, Abdul Hakim Khilmi, Zaredin Efendi, Shefika Gaspıralı and Amet Ozenbashli were elected to the Presidium of the Qurultay.

During the meetings, various issues related to the peninsula were considered: the state structure of Crimea, the relations of the Crimean Tatars with other peoples of the peninsula, lawmaking, the creation of legislative and executive authorities. And on the last day of work, the Qurultay proclaimed the Crimean People's Republic, adopted the Constitution and elected the leadership of the Qurultay as a national parliament.

By the way, the democratic foundations of the state system were enshrined in the Constitution – universal suffrage, the abolition of titles and class privileges, as well as the equality of men and women. Indeed, a Crimean Tatar woman was one of the first in Europe to receive the right to vote, because among the 76 delegates there were 4 Crimean Tatars.